Dear Steph of 3 months ago

The next 3 months of your life are going to be your best by far. At first, you’ll dislike New York City because it smells, the trains always have delays, the food and beer are so expensive, and there is virtually no outdoor climbing.

But you’re not going there for climbing anyway. You’re going there to become a better programmer. And you will. Even better: you’ll become a better person while you’re at it too. Spoiler: You will be climbing! And you’ll sprain your ankle from slacklining, of all things (it could at least have been an epic 5.12 or something!). But you have good friends like Max and Jesse who’ll give you a piggyback ride to get you back to the space. 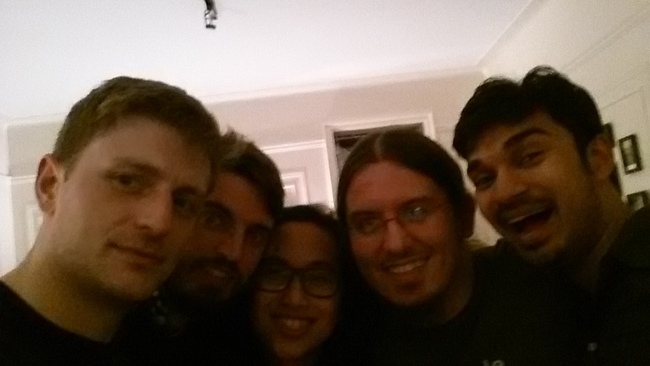 You’ll also become good friends with the amazing Susan who’ll patiently pair program with you even when you’re being lazy and tired. You’ll meet Crista Lopes who will inspire you to just sit down and study the... 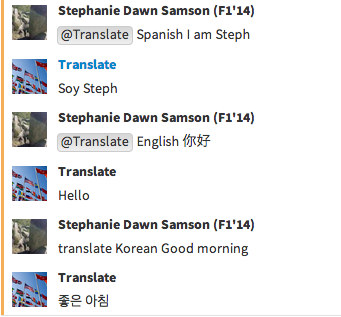 When I first started programming, I often frequented many IRC channels on freenode to learn Ruby, Rails, and JavaScript. There were many natural languages spoken on those channels and I was inspired to write an IRC bot that would translate their words. Alas, I slowly retired from those channels and no longer found the use for such a bot.

Then, I arrived at Hacker School. We use Zulip for our internal chat at Hacker School, and although 99% of the conversation there is in the English language, I thought it would be a fun project to tackle anyway.

The first step was to find a translation service that had an API wrapper in Python (my language of choice). I could not find any that I liked so I built one myself.

To build the API wrapper, I first checked to see what results the Google Translate API would give me and what the API needs to fulfil my request. From there, I wrote the...

There are a group of Hacker Schoolers working on the SICP book and today is the first forum. I was scheduled to present for SICP exercise 1.5 but , I would not be able to attend the first meeting so I’m writing about the solution here instead.

The problem statement is as follows:

Exercise 1.5. Ben Bitdiddle has invented a test to determine whether the
interpreter he is faced with is using applicative-order evaluation or normal
order evaluation. He defines the following two procedures:

Then he evaluates the expression

Hacker School is an experiment and I am 5 weeks into it. I’ve written code I want to write for myself, had the opportunity to listen to many educational talks, and met a countless number of impressive and amazing people.

I can confidently say that I enjoy and learn from everything I do at Hacker School. But perhaps the single most beneficial thing I have been doing at Hacker School is pair programming. I’ve paired with a lot of people on schemepy, and with Susan Steinman and Tom Ballinger on a new bpython enhancement. From just these two projects alone I’ve learned so much about interpreters, environments, and Python in a fraction of the time it would have taken to figure things out on my own.

Because this is a post about pair programming, we decided to pair blog about our adventures.

Susan (the amanuensis): Steph has a much stronger background in Python than I do, so at first I was...